Deprecated: Methods with the same name as their class will not be constructors in a future version of PHP; templateTools has a deprecated constructor in /usr/home/eurosemillas.com/web/templates/eurosemillas/includes/includes.php on line 2 Plant Innovation - Eurosemillas - Lo que pide la tierra 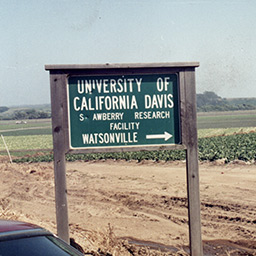 Starting in 1991, the conjunction UC-Eurosemillas-Camarosa becomes an indisputable leader in the Spanish market. The company also begins to open its business to new varieties and foreign markets.

The key to success? A long-term investment based on research, technology transfer and producer knowledge resulting in a business model which makes the best out of protection rights.

Different agreements have been reached with other breeding programmes in the past 30 years:

Today, Eurosemillas represents and manages more than 100 plant varieties within several species and is the first Spanish company by patent-based revenue.

More information about our varieties